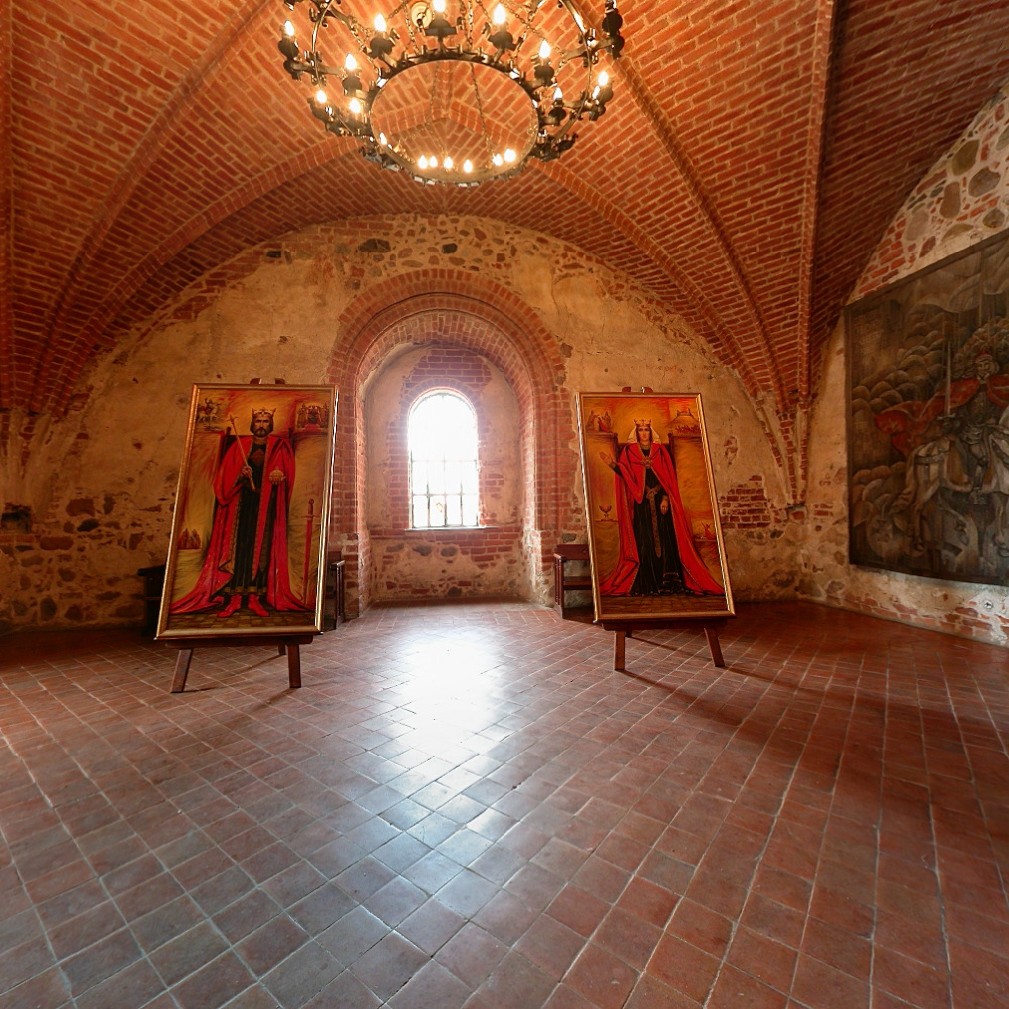 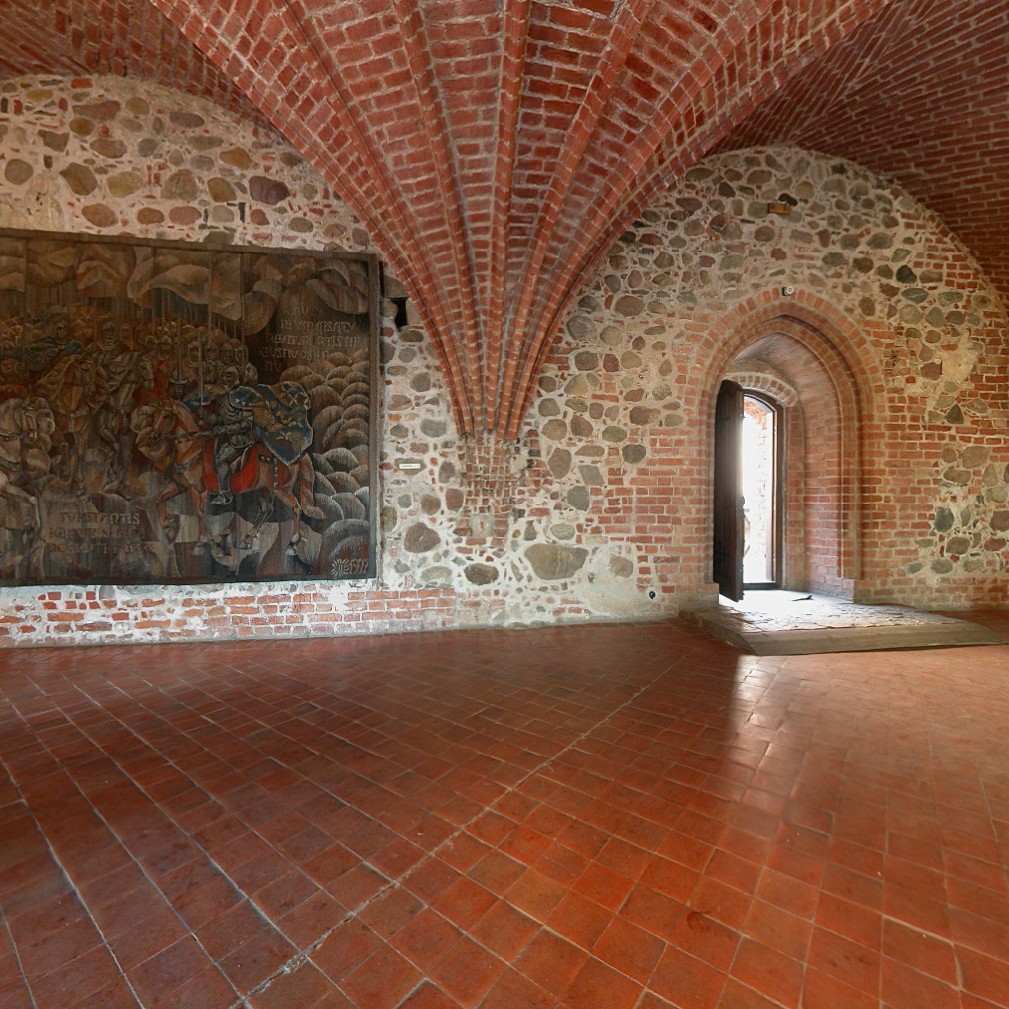 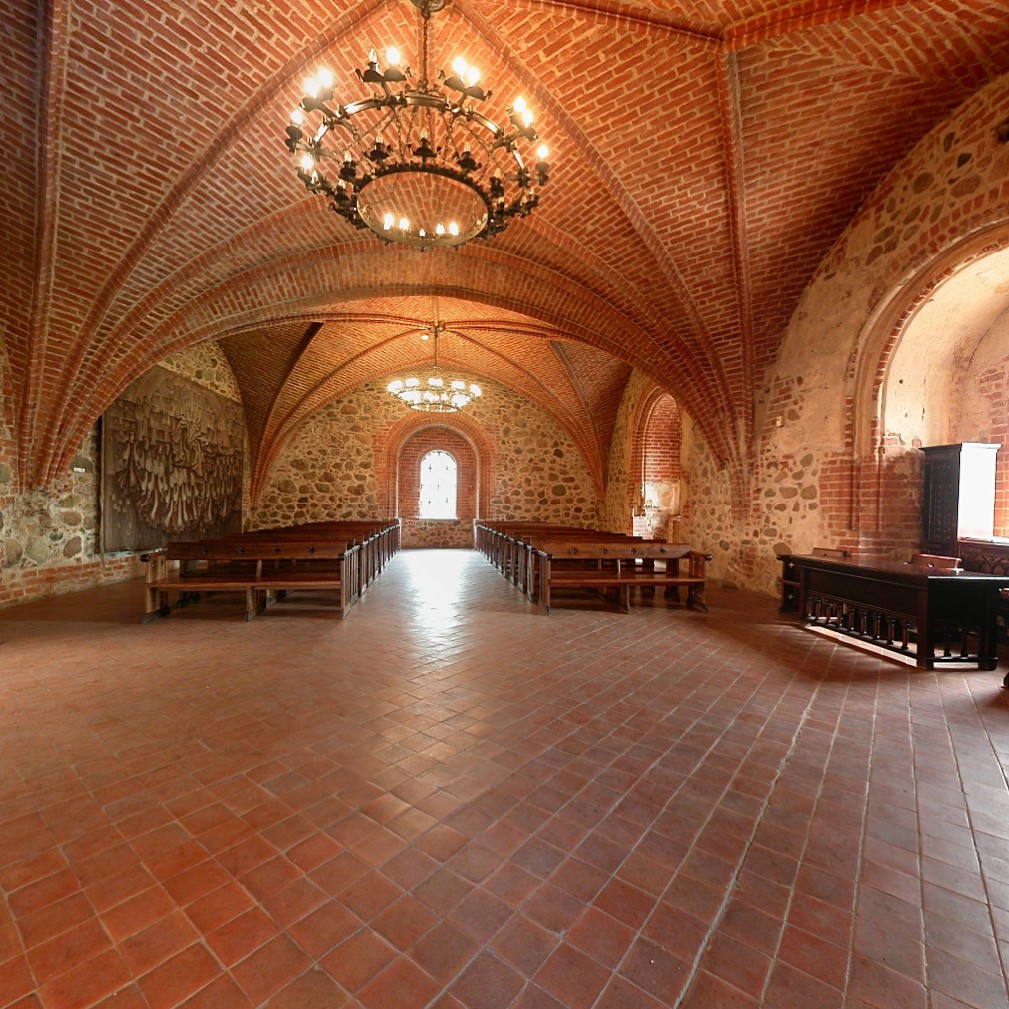 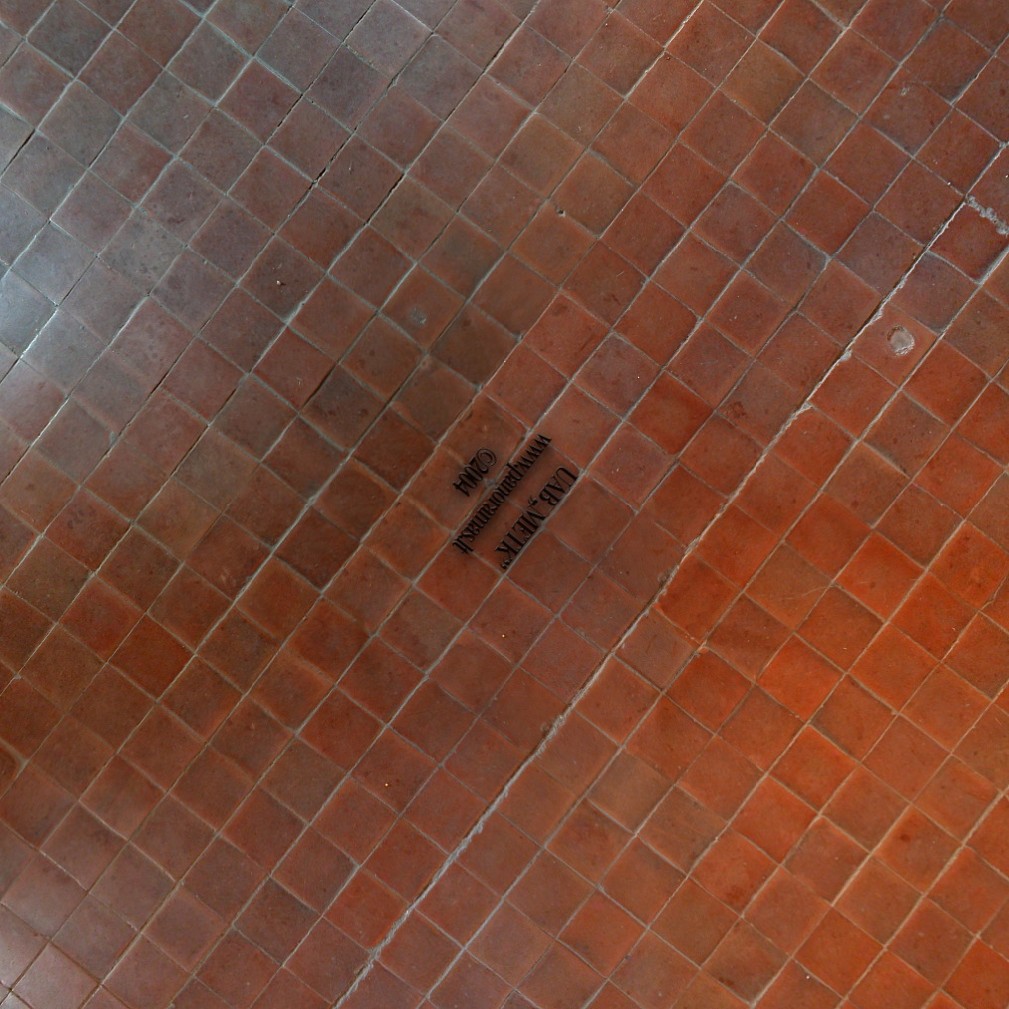 All panoramas of this object: Trakai historical museum (24)

Representative Hall of the Grand Duke of Lithuania was intended for receptions and parties. In the XVth century the Island Castle was the residence of the sovereigns of the Grand Duchy of Lithuania. Trakai was a prosperous town visited by a number of merchants, honourable guests and foreign messengers who were received in the Representative Hall of the Island Castle. In 1412 Vytautas received Benedict Macra, a messenger from the German Emperor, and in 1415 and 1416 he conducted negotiations with masters of the Livonian Order. In 1418 the Bishop of Tartu visited the Castle. The Polish King Jogaila, who was also the cousin of Vytautas, visited the Island Castle not less than 13 times. In 1483 the Grand Duke of Lithuania Kazimieras received the Grand Master of the Teutonic Order in the Island Castle. Today the Castle is frequently visited by foreign guests as well. Each year the Castle sees several delegations from various countries of the world. The Trakai Island Castle was visited by the Presidents of the Baltic States, heads of Venezuela, Norway, Israel, Finland, Denmark, USA, Slovenia, Spain, Greece, China, Malta, Belarus, Romania, Taiwan, Macedonia, Armenia, Turkey, Sweden, Kazakhstan, Luxemourg.

Today concerts, various celebrations and conferences are held in this Hall