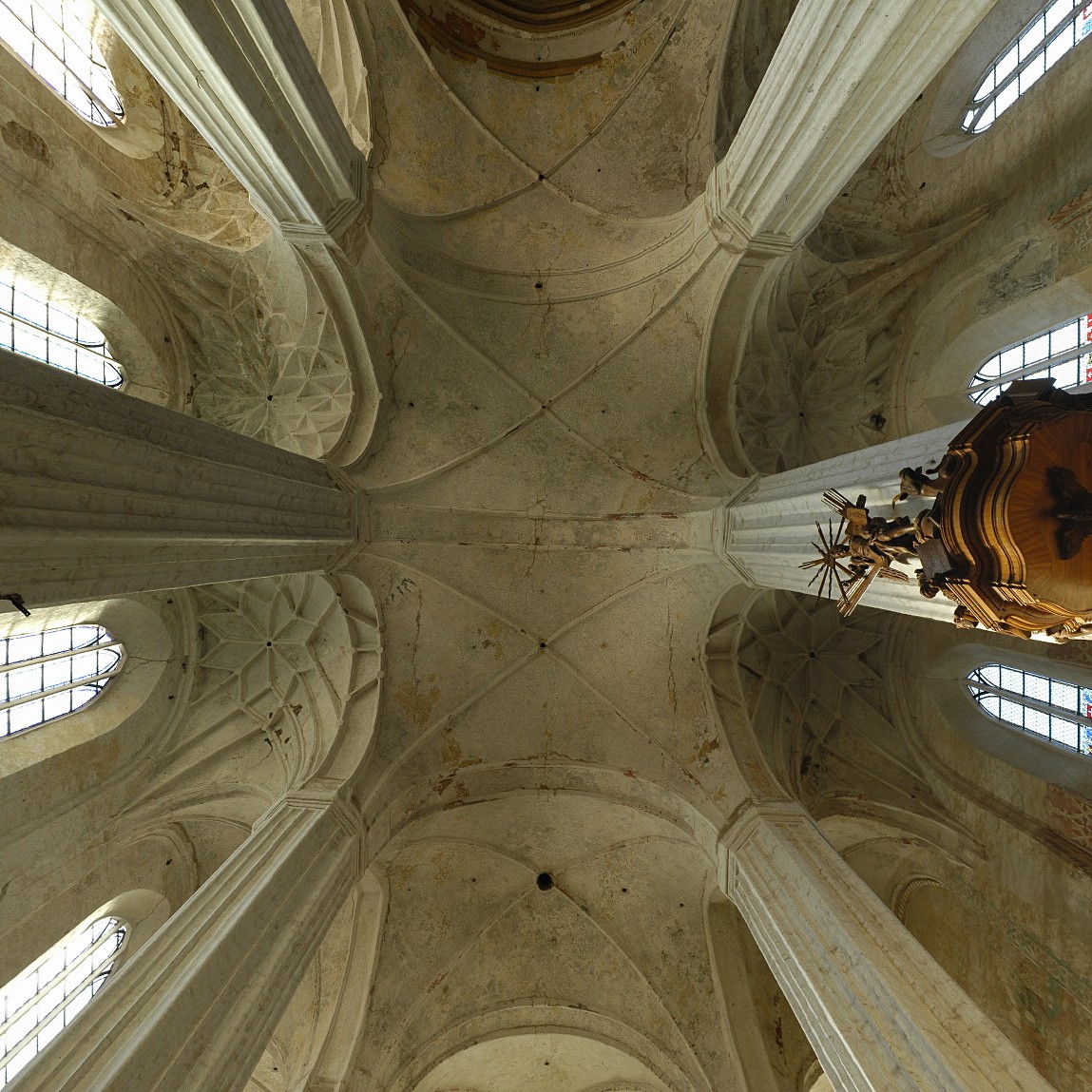 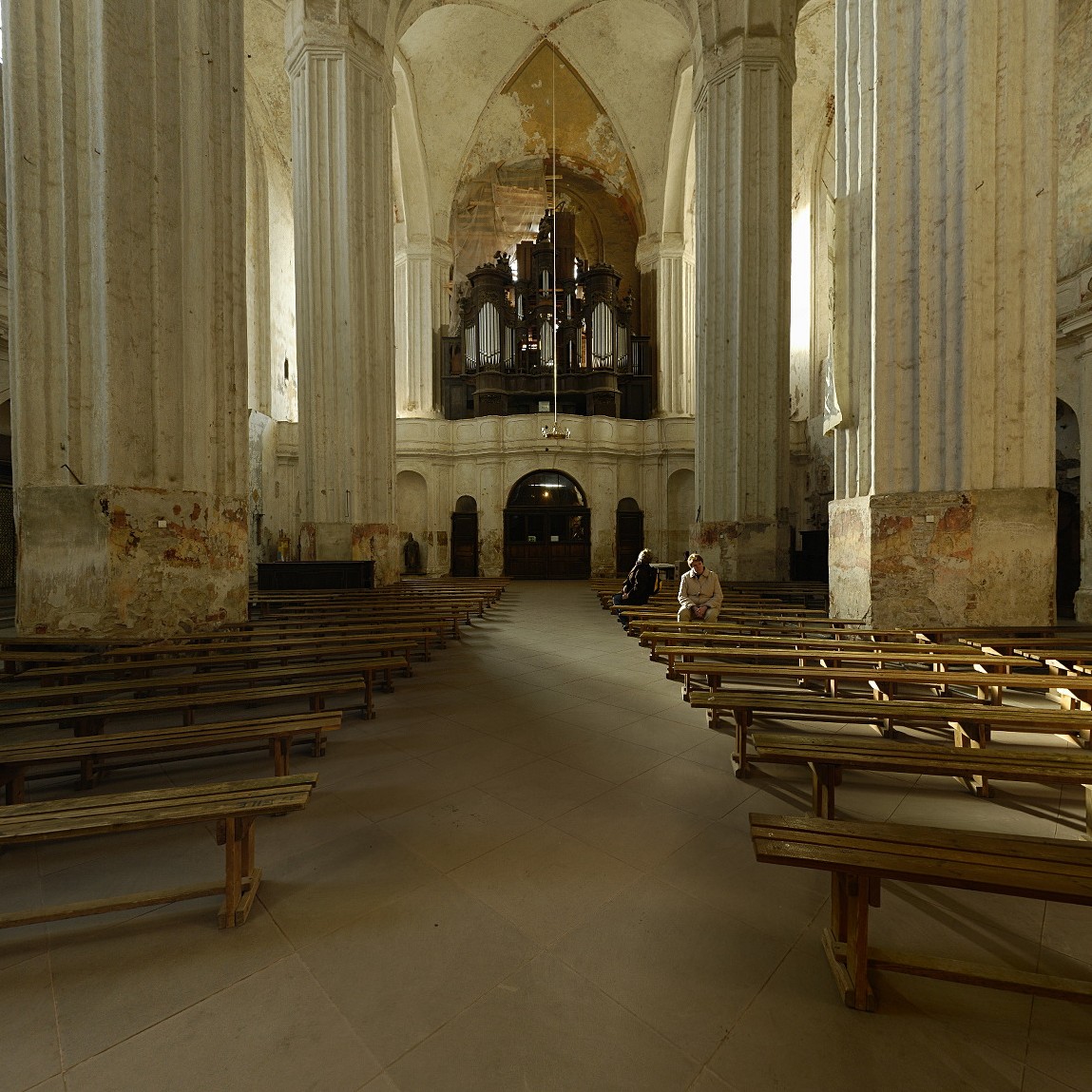 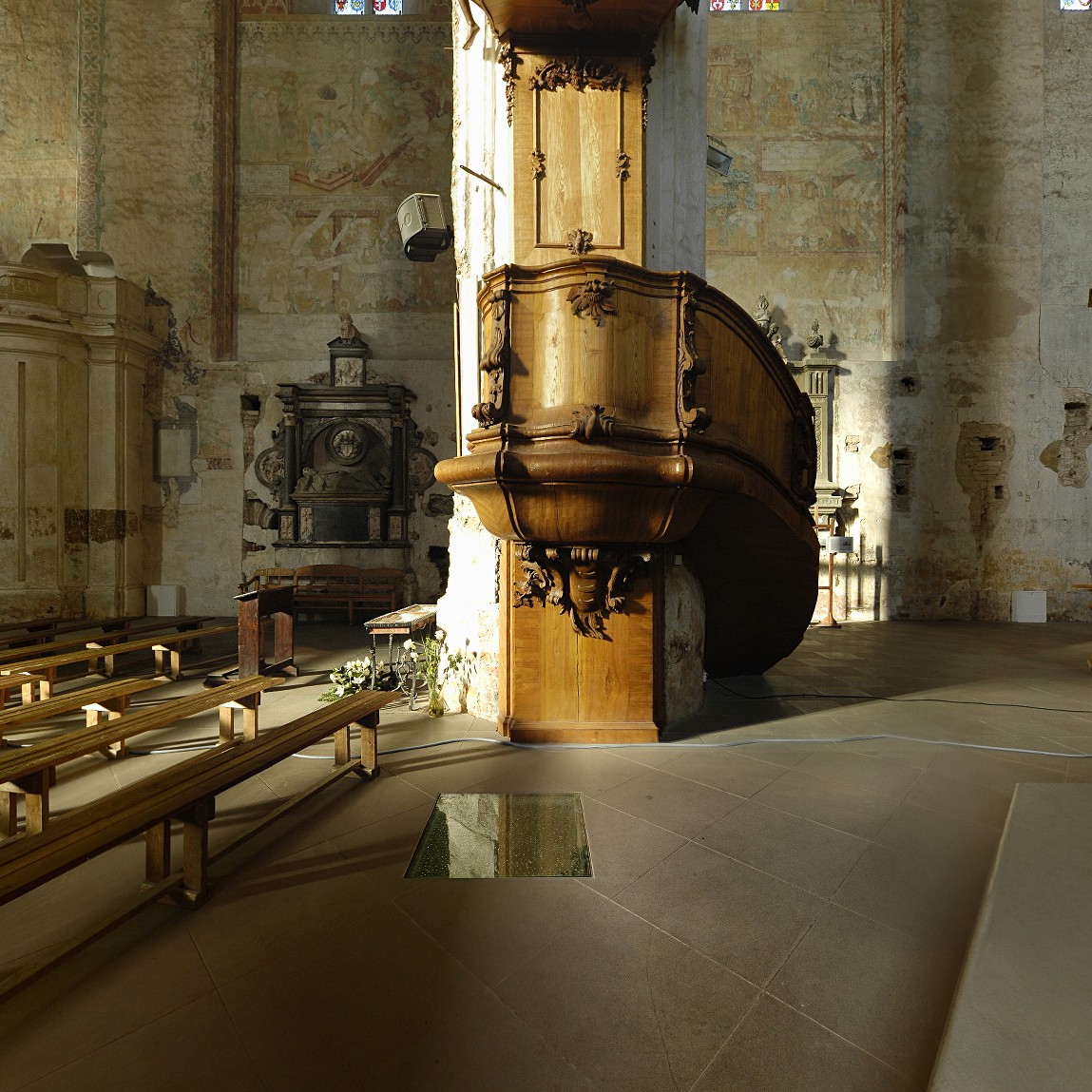 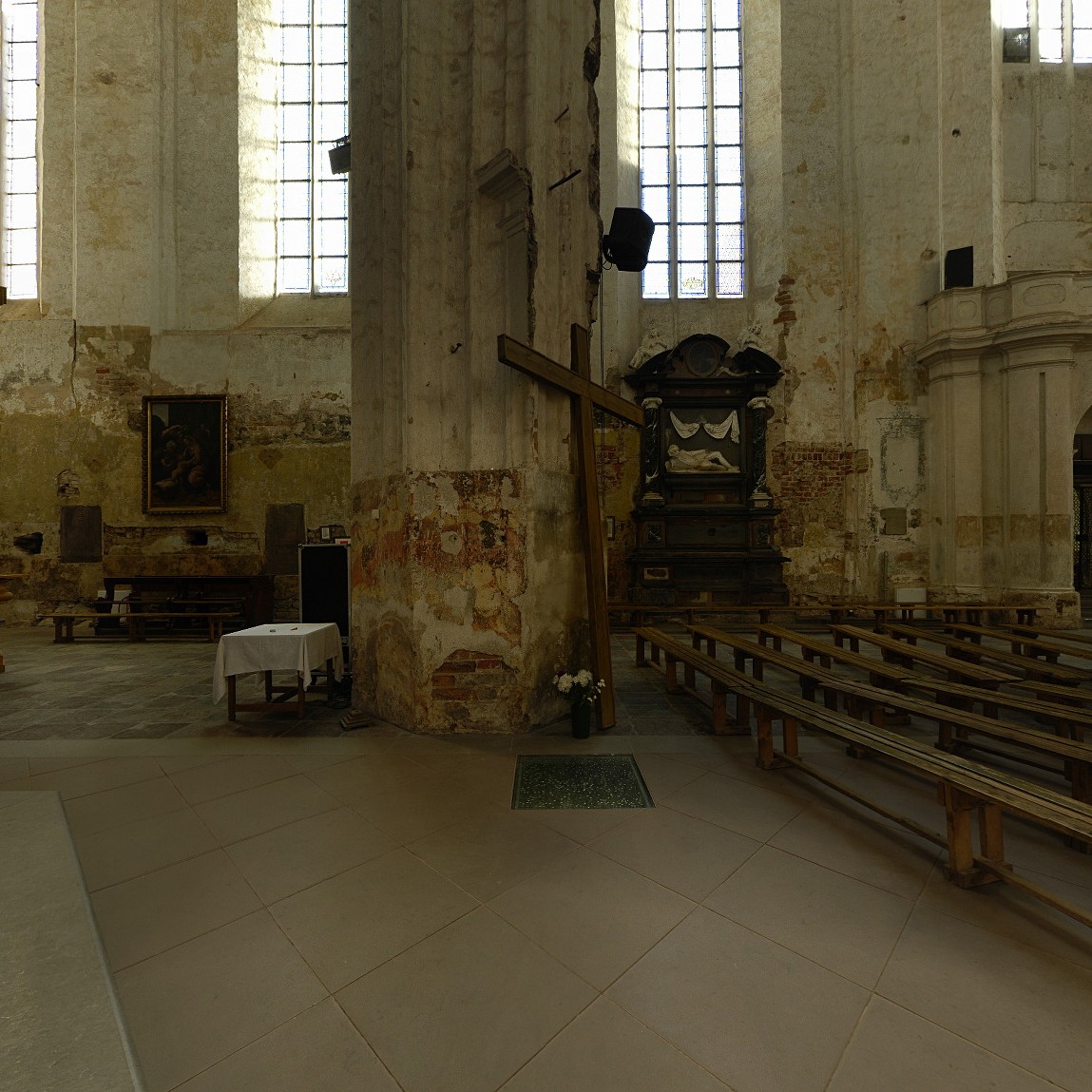 All panoramas of this object: Bernardine Church (19)

The original church of SS Francis and Bernard stood on the place of a former Lithuanian sanctuary. In 1469 Kazimieras Jogailaitis invited the Franciscan monks and allocated them a lot of land for the building of a church and a monastery. The buildings were wooden and soon the fire destroyed them. A new brick church was built near St Anne's church. On the completion of the works in 1500, some walls and part of the roof collapsed due to weak foundations. The church and monastery were almost newly rebuilt in 1512-1513. The church was increased considerably in the second half of the 16 th century. It was consecrated in 1594. When Russians occupied Vilnius in 1655, they looted the church and the monastery, killed the monks and all the people who were hiding in the monastery and finally burned the buildings. The church was rebuilt in 1677, however the Russians fired on it again in 1794.
Though the church was rebuilt many times it preserved its medieval features. The church had 14 rococo altars of the 18 th century. The great altar remained from 1710. There is a place for monks choir with decorated chairs behind the altar. The altar with the picture of God Mother, which was sent from Rome by Pope Clemens VIII in 1598, stands on the left side of the church. The Church contains two chapels: St Nicholas chapel built in 1600 and the Three Kings' chapel built in 1632.

There are gravestones of Vladislavas Tiškevičius, Petras Veselovskis and his grandchildren, built in 1634, and the coffin for Simonas Kirelis, who was murdered in 1592, and the tombstone of Marshal of the Grand Duchy of Lithuania Stanislovas Radvila who died when travelling to Rome in 1599. There are also some smaller tombstones. The pulpit of 1690 is quite interesting. The Russians closed the monastery in 1864 and adapted it for barracks. When the second floor was built, the monastery lost its former style.

The bell tower, standing on the right of the church, is a construction imitative of Gothic forms, was built in 1874. Two flights of stairs separated by a wall connect the tower with a chapel built in 1617. The stairs on the left are of marble and with reliquaries while the stirs on the right are ordinary. Jonas and Marijona the Milkevičiai, who were buried under this chapel, built the stairs in 1746. The French destroyed the chapel in 1812 but it was reconstructed in 1920. After Word War II the church was closed and turned into a warehouse. The church belonged to Art Institute for some time. The church was given back to the Bernardine monks in 1992 and consecrated two years later. The church is being reconstructed at the moment.