The Church of St. Nicholas (read) 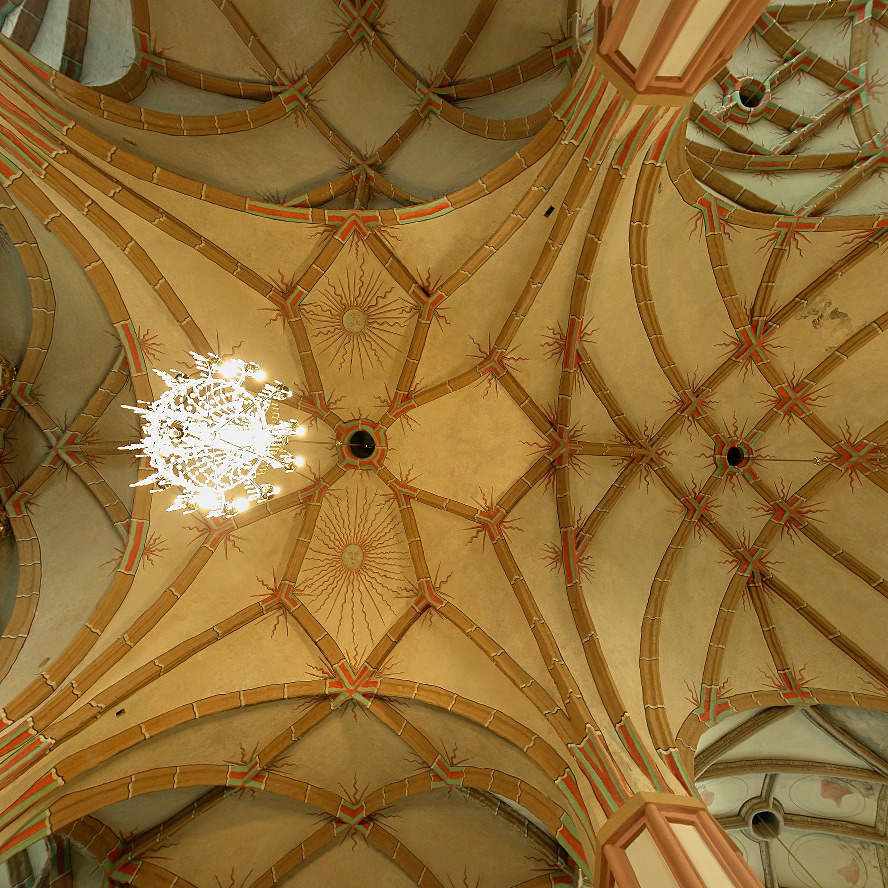 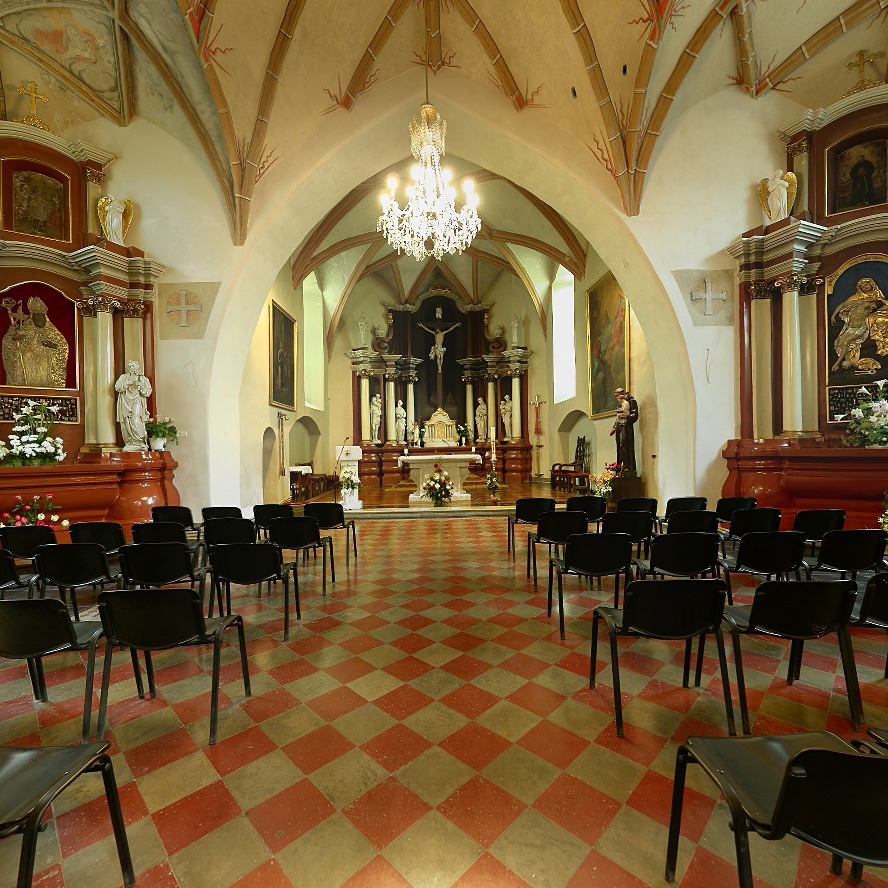 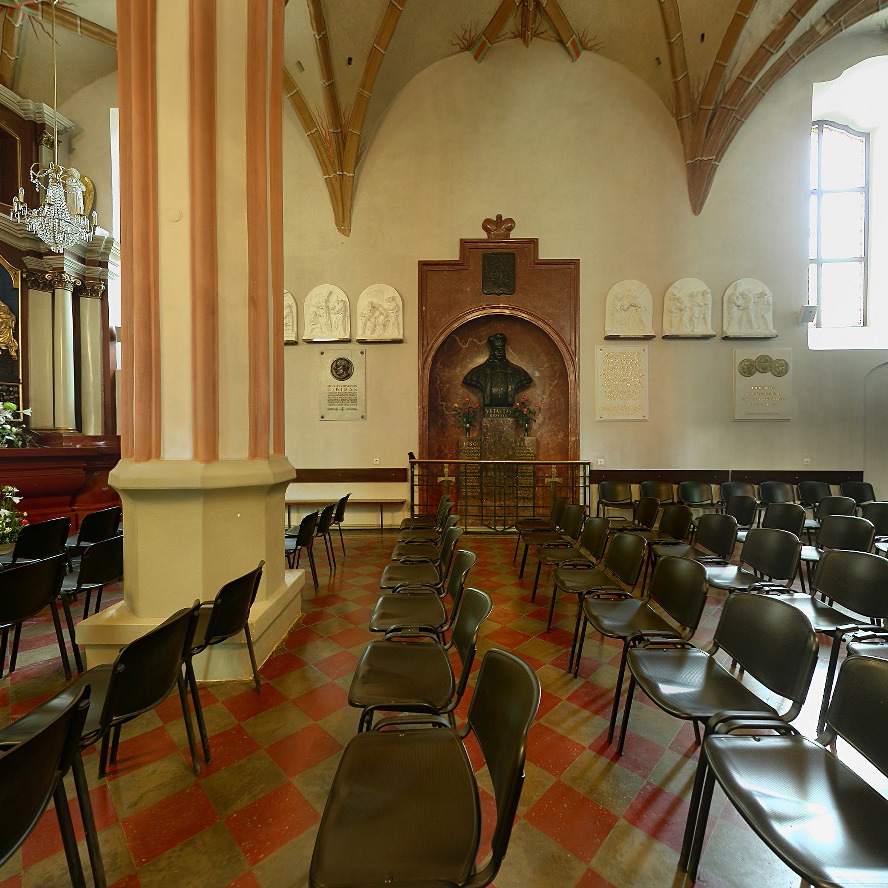 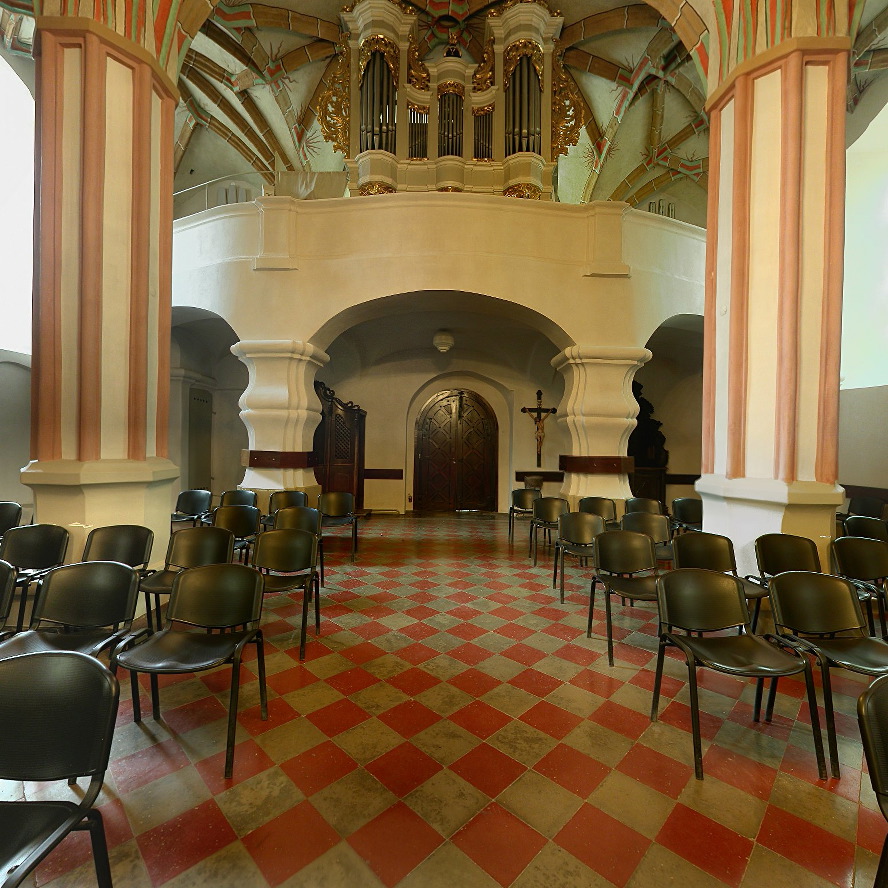 All panoramas of this object: St. Nicolaus Church (4)

It is the oldest church of Vilnius , founded as early as in time of Gediminas' rule for craftsmen and merchants of the Union of Hanza.

J.Jaunis (Janulis), the representative of the Grand Duchy of Lithuania in Vilnius , allotted his efforts and funds to build a brick church in 1382-1387. Archaic architecture forms of the early Gothic of the church confirm the date of the construction. The church is mentioned in the early documents of 1387-1397. The church was reconstructed and renewed several times: the 1514 Act of Consecration was preserved; new reticular vaults were built in 1525. After the fire of 1749 many changed were made: a new gallery of rococo style was built, the side windows were increased. The French damaged the church considerably in 1812. A tower and a surrounding brick wall were constructed after that. The church itself was built of red bricks following the Baltic Gothic style. The church contains three naves and three altars. There is a cross in the great altar. Four statues of the sculptor Rapolas Jakimavičius representing Christopher, St Theresa, Cl ar a and St Joseph with the Child are placed among the columns. The picture of St Nicholas hangs on the left side altar. The statutes of St Casimir and St J urgis stand among the columns. The right altar has the barelief of God Mother the Charitable. The Lithuanians of Vilnius put a lot of efforts to build a monument commemorating the 500 years that had passed after the death of Vytautas the Great in the church in 1930. Sculptor Rapolas Jakimavičius made it of copper and marble. In 1936 he monument was surrounded by a small fence with two swords resembling the ones that were sent before the Battle of Žalgiris (Grünwald). A memorial plate for parson Krištapas Čibiras was unveiled after the war. The parson worked in the church from 1924 to 1942 03 23 and was killed by a bomb during the first Russian bombardment of Vilnius. St Anthony's sculpture stands on the right side of the central nave.

The service in Lithuanian began in 1901 and continued without interruptions. During the time many parsons worked in the church: priest Juozas Kutka (1901-1906), priest Antanas Viskantas (1906-1909), Jurgis Januševičius (1909-1911), priest Petras Kraujelis (1911-1912), priest Vladislovas Jezukevičius (1912-1924), priest Krištapas Čibiras (1924-1942). Priests V.Taškūnas, Edmundas Basys and Kazimieras Pukėnas worked together with Krištapas Čibiras from 1936. During the interwar period and the Polish occupation St Nicholas church was the only Vilnius church that had its service and sermons in Lithuanian. The church was a centre of Lithuanian culture. Lithuanians organised meetings, performances and Christmas parties for children, read lectures in the hall of a house situated near the churchyard. Parson K.Čibiras, priests V.Taškunas and E.Basys as well as the manager of the only Lithuanian school of Vilnius B.Suduikis, who played the organ of the church for some time, lived in this house. Moreover, J.Sinius was the organ player of the church before the war and after the return from the Siberian exile. The editorial Office of the Vilniaus Aušros magazine was situated here. After the death of priest K.Čibiro Priests Valiukėnas, Pavilionis, Saulius, Poškus, Kurauskas, Rirtkauskas, Blažys, Kovarskis, Kučinskas, Krivaitis, Valeikis, Kindurys and later Bishop Tunaitis and priest Paulionis worked here. M on singnor Kazimieras Vasiliauskas also worked here during 1997-2001. The church was restored under Architect J. Zibolis project in 1972.