The exhibition Alexander Vassiliev ,,Invitation to the Centenary Ball. 1915–2015“ (read) 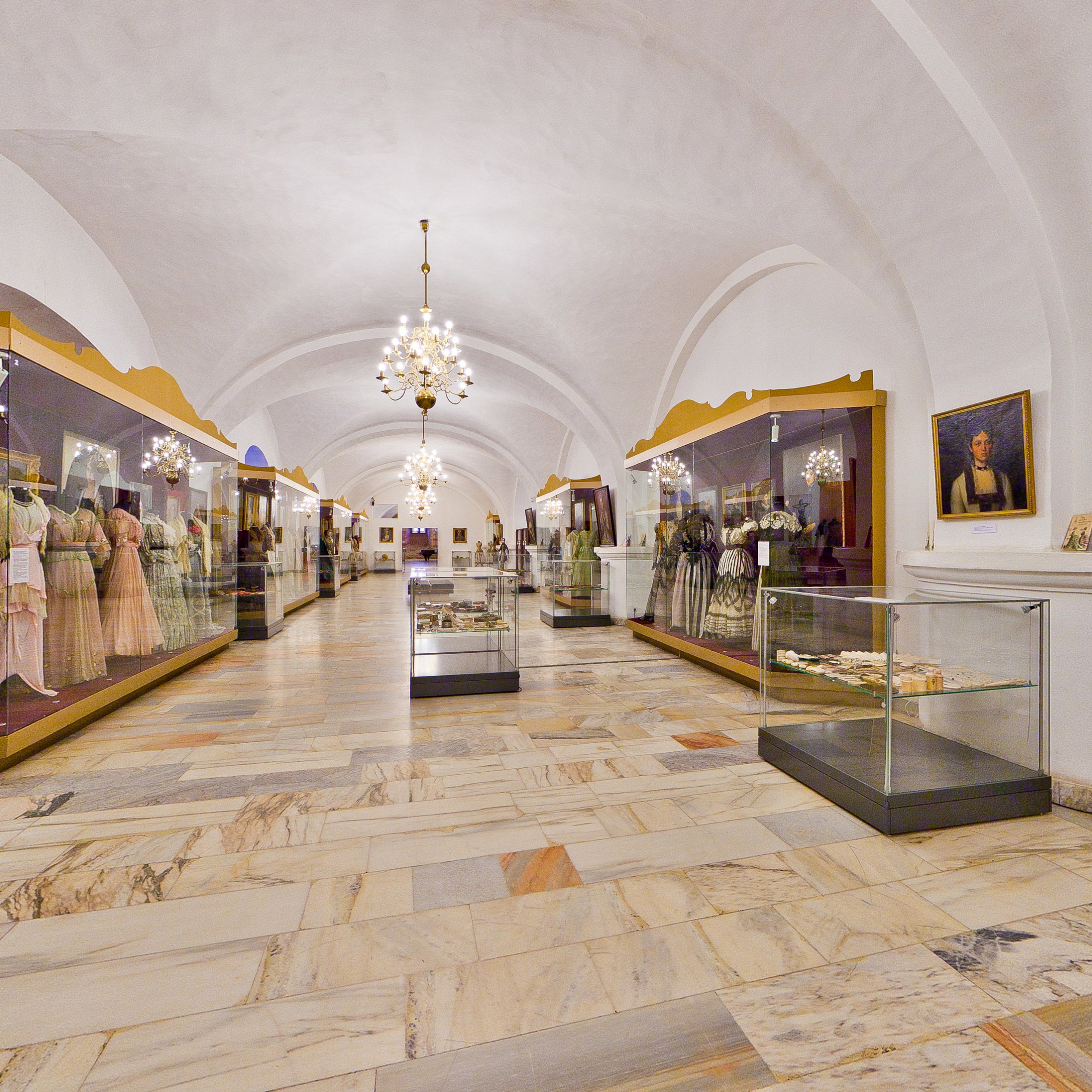 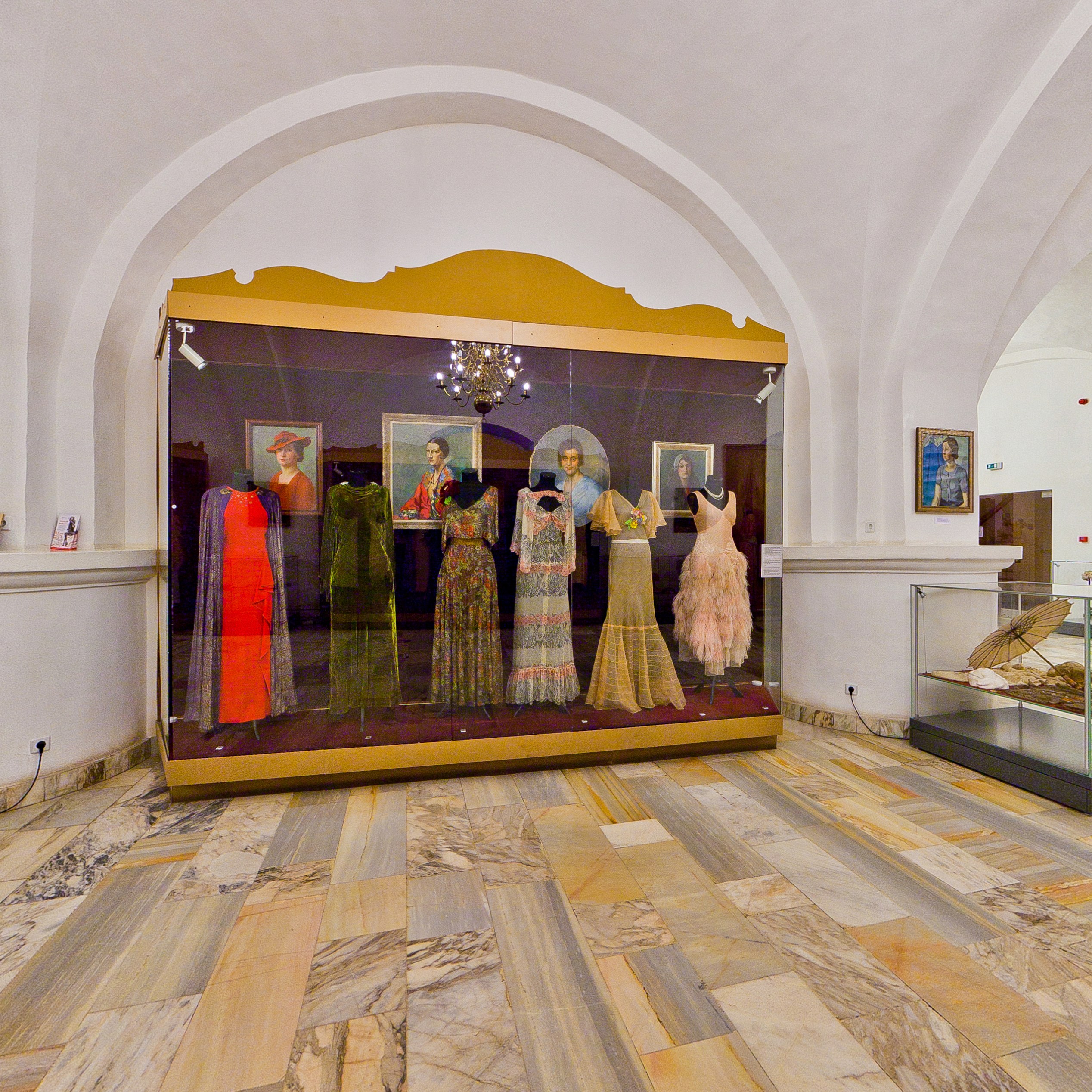 Invitation to the ball

What could be more romantic and what could be more desirable than an invitation to a ball? Music and dance merge, the aroma of perfume, brilliance and shine in the eyes of its guests, the swish of taffeta and shimmer of sparkles on gowns, mists of tulle and elaborate lace patterns. Over the last century hundreds of designers and dress-makers have tried to satisfy the tastes of the most demanding clients, creating this, the unrivalled fashion piece – the evening dress. A fashion item that has always captivated and will continue to captivate the viewer, after all, it is truly an embodiment and symbol of a woman's happiness.

The tradition of balls formed back in the Middle Ages when feasts started being held in the courts of Italy, France and England, accompanied by music and dances. The estampie, volta, courante, pavane – these are names of ballroom dances that have survived to our days. In 17th-century Europe, with the rise in Spanish influence, faster dances became popular, such as the sarabande, gigue, allemande, chaconne, as well as the French gavotte, bourrée and others. In the Rococo epoch, minuets, gavottes and polonaises full of longing would be heard at balls. After the Great French Revolution, balls became more democratic – public city balls were organised. The most popular dances from this epoch were the quadrille, the gallop, mazurka, the Ländler and polka. In the last decade of the 18th century the so-called “balls for terror victims” grew in popularity, where young smartly-dressed dandies wearing tailcoats, white starched shirts and vests were in attendance. And ever since those times nothing has been created that could surpass the tailcoat and white shirts for men at balls. In the 19th century waltzes, gavottes, gallops, mazurkas, polkas and quadrilles were the most favoured dances, and after the Congress of Vienna of 1815 the Viennese waltz conquered ballrooms. Yet the evening would begin with polonaises – the grandest of all the 19th-century dances.

In the early 20th century, aside from the favourites the waltz, the gallop, the contra-dance and the mazurka, the Argentinian tango became popular as well, later – the Brazilian tango, the quick-step and foxtrot. Following World War I, balls went from being held in pompous reception halls to dance and nightclub rooms which were flooded with the sounds of American jazz. Art Deco fashions directly reflected women's emancipation. At this time it was muslin dresses embroidered with sequins, glass beads and sparkles that were fashionable, worn with close-fitting strapped shoes, proven to be comfortable for dancing the new hit, the Charleston.

The tuxedo entered the men's evening wardrobe in the late 1920s–early 1930s, and changes were introduced into women's dress as well. Evening gown designers Elsa Schiaparelli, Gabrielle Chanel and Madeleine Vionnet were the names to watch out for. With the beginning of World War II, there were fewer balls, yet they were still being held. Famous designers from this period were Maggy Rouff, Lucien Lelong, Cristobal Balenciaga, Jeanne Lanvin, and somewhat later in Paris Christian Dior and Pierre Balmain. In New York at this time it was the unrivalled Valentina who basked in glory – the Kiev-born American designer, Valentina Sanina-Schlee. Balls experienced a revival after the end of the war when soldiers were demobilised. In 1947 Dior offered women the enticing New Look image, his wide tulle skirts appeared as if they were specially sewn for balls. In the 1950s highly luxurious, breath-taking evening gowns were a favourite, featuring a particularly feminine silhouette, sewn from fabric soft in texture and warm in colour.

The revolutionary 1960s saw young people become interested in outer-space, and the dress codes associated with it, along with new dances, the Twist and the Shake. In addition, this was when mini-skirts reached peak popularity. As the new way of life became entrenched in society, the appeal of balls faded, and increasingly fewer such events would be held. Grand ceremonies with entrances on the red carpet rapidly took over their niche – award presentations at the Cannes Film Festival, Oscars night in Hollywood, or the presentation of the Caesar film prizes in Paris. Thereby, the ballroom gowns of yesteryear gradually turned into modern yet no less impressive gowns meant for grand ceremonies.

The revival of Western retro style clothes in the 1970s was associated with the name of Yves Saint Laurent, and the new arrival of disco offered more than just new musical motifs – it also aroused the desire to stand out, to shine. Dresses from the late 1970s–early 1980s featured loads of sparkles and sequins, a tribute being made to bourgeois values for the last time that century.

In the late 20th century ecology and minimalism found their way into fashion, later being replaced by maximalism. The number of famous designers of luxurious evening gowns grew, and included among others Oscar de la Renta, John Galliano, Alexander McQueen, Vivienne Westwood, Karl Lagerfeldt, etc. Fading interest in grand balls signalled a crisis in high fashion, the shortage of moneyed clients encouraged designers to significantly simplify their ranges of evening gowns and to turn instead to off-the-rack collections. But the new designers haven’t given up!